When you turn on your local news, you don't expect to be exposed to stealth right-wing propaganda. But that's exactly what one massive media corporation — Sinclair Broadcast Group — wants to make a reality all over the United States.

Sinclair owns or operates nearly 200 local news stations across the country. It runs local TV stations that are affiliated with major broadcast networks, like ABC or CBS, so you may not realize that Sinclair uses these stations to push right-wing lies into your normal newscast.

The company recently proposed a massive acquisition of Tribune Media stations, but the deal fell through due to potential misconduct by Sinclair. The website has been updated to reflect that the deal is no longer happening.

Are you watching a Sinclair station?
Use our map to find out! 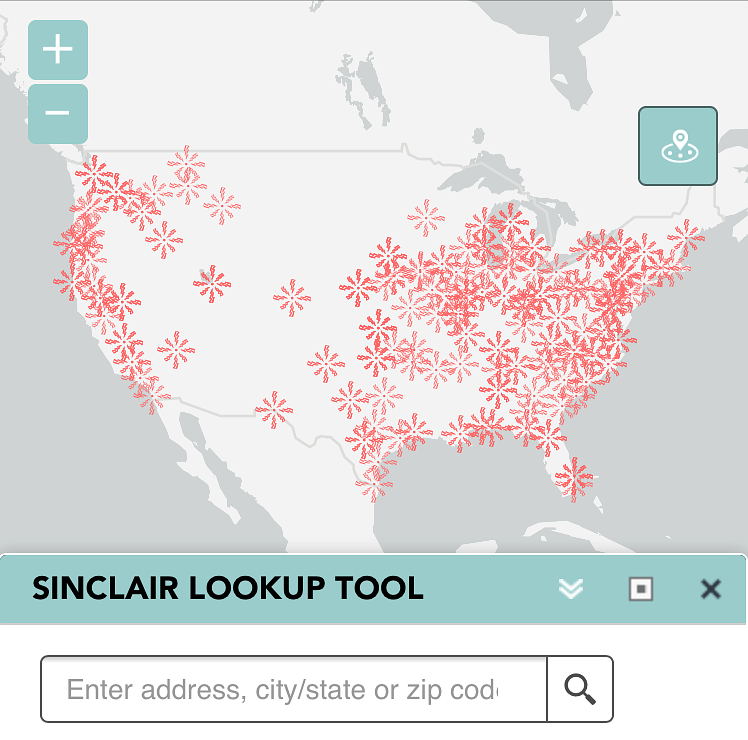 Sinclair’s national correspondents based in Washington, D.C., produce numerous news segments on a regular basis, which air on Sinclair stations across the country. Media Matters has documented dozens that contained conservative bias and misinformation, including some that threatened public health.

In January 2021, Sinclair launched The National Desk, which brings reporting from Sinclair’s network of local TV stations together for a three-hour news program on weekday mornings. According to a Sinclair press release, anchor Jan Jeffcoat will “provide audiences with commentary-free news coverage from both a local and national perspective,” and the program “will be available on 68 Sinclair stations, including all Sinclair's MY and CW Network channels.” During its premiere episode, The National Desk aired dangerous COVID-19 misinformation, falsely suggesting that lockdowns amid the pandemic don’t save lives. The program also airs some Sinclair national news packages.

Sinclair has eliminated some of its more high-profile biased programming from recent years, including its recurring Terrorism Alert Desk segments and its right-wing website Circa. It also ended its “Bottom Line With Boris” series featuring Boris Epshteyn -- in between his previous and current role as a Trump staffer -- following extensive reporting from Media Matters and others on these commentary segments. At the end of January 2021, Sinclair canceled its program America This Week hosted by Eric Bolling, after Media Matters extensively reported on the program’s spread of dangerous misinformation about the COVID-19 pandemic and the 2020 election.

Media Matters has spotlighted communities around the country where Sinclair news dominates. Sinclair has been using its local news stations to “attack Democratic candidates or to boost Republicans," for years -- especially during election seasons.

Do your friends and family know they're watching Sinclair?

to get email updates about Sinclair and other bad actors that push right-wing lies into our news and opportunities to take action to fight back.